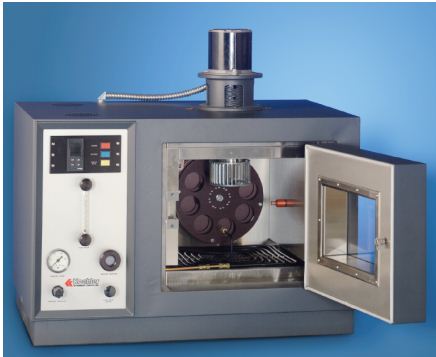 Determines the effect of heat and air on a moving film of asphalt to serve as an indicator of approximate change in properties during conventional hot-mixing. The results are reported in terms of the changes in selected properties such as viscosity, penetration and ductility brought about by the RTFO test, as evidenced by test data taken before and after the 75 minute oven cycle.